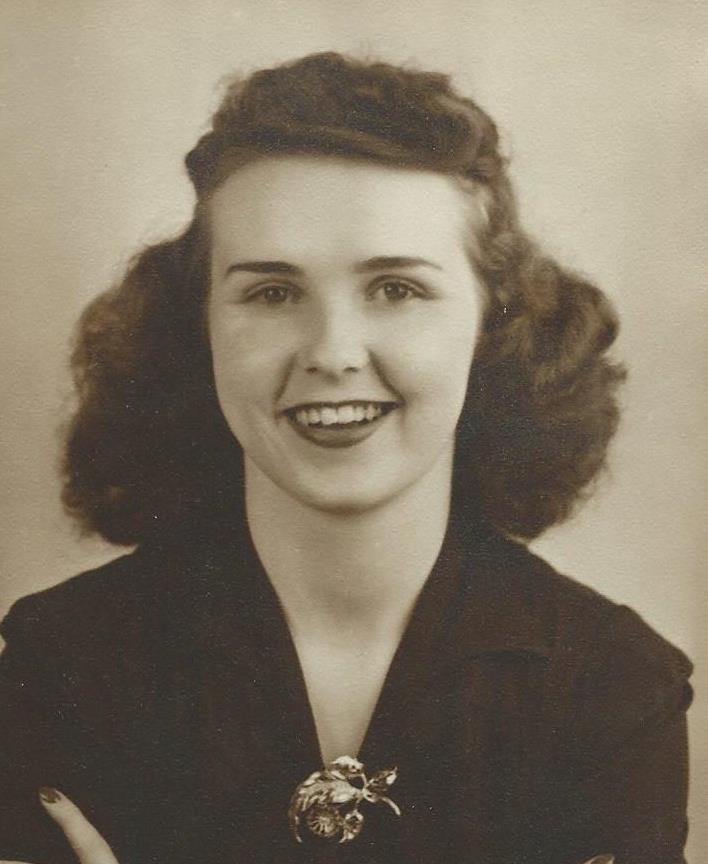 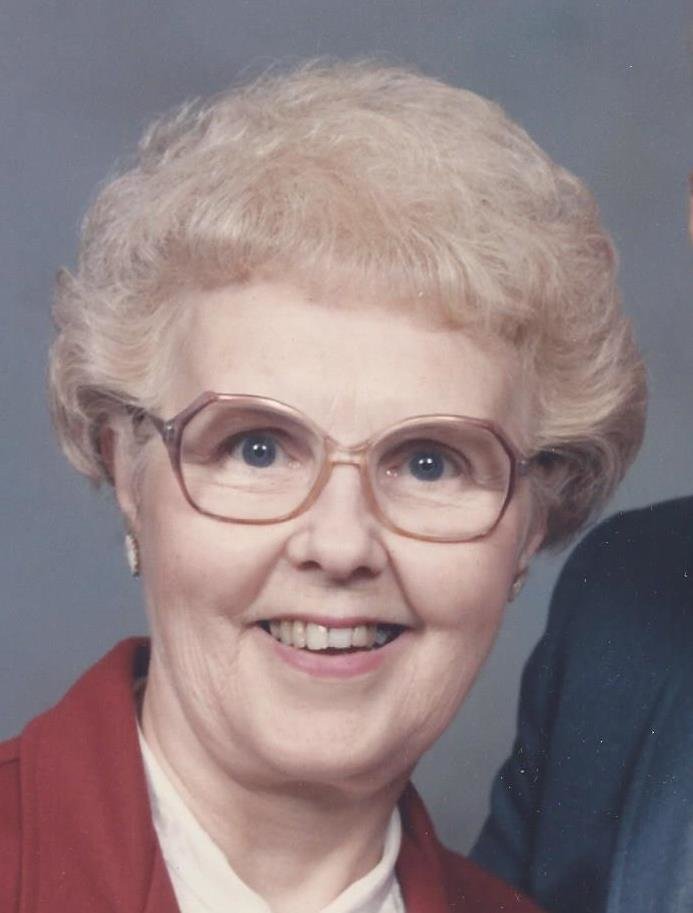 She was born in Amsterdam on  August 2, 1923 to Clarence and Irene  Folensbee, and was referred to by many as “Leanie” or “Aunt Leanie”.  She was a 1941 graduate of the former Wilbur H. Lynch High School.  After graduation, she was employed at the General Electric Company in Schenectady, NY for several years before leaving to raise her daughters.

She and her husband Edward were married on November 24, 1945.  They were devoted to each other and always referred to each other affectionately as “Dearie”.    He died October 9, 2015, just shy of their 70th Wedding Anniversary.

After their marriage, they moved in the house next door to where she grew up in Cranesville, NY.  She always said that she took care of the inside of the house while Eddie took care of the outside.  They took great pride in their home.  She was a great baker, and we always looked forward to celebrations at their home with all her goodies.

During retirement she and Eddie enjoyed traveling, spending several winters in Sebring, Fl in their motor home and  also taking a cruise to Bermuda.

She was the oldest member of the Cranesville Reformed Church and taught Sunday School and Vacation Bible School during her daughters younger years.  During her younger years, she earned many bars for perfect attendance at Sunday School.  The bars were attached to a pin and the extended down to her waist.   She was also involved in all the church functions, including the climbers Ladies Group, the Sewing/quilting Group and the Church Suppers.  She and Eddie could always be counted on for their help.

In her middle age years, she enjoyed refinishing and caning furniture that had been handed down by her family.  Eddie was always there, working side by side with her.  She also crocheted afghans and made many decoupage plaques that decorate their home to this day.

She is survived by her daughters,  Joan (William) Grainer of Ft. Plain, NY; daughter Deborah (Phillip) Abraham of Pittsfield, MA; grandson Stephen (Melinda) Herron of Ft. Plain, NY; great-granddaughter Rylee Herron and great-grandson,  Koby Herron both of Ft. Plain;  Her sister, Marilyn Kowalski; several nieces and nephews.    Besides her parents, She was predeceased by her husband Edward; her brother and sister- in- law, Harold and Madelyn Folensbee;her sister and brother- in- law, Ethel and Warren Barrett; her brother and sister in law, Bradley and Carmita Folensbee; and her brother in law Walter Kowalski.  She was also recently pre-deceased by her canine companion "Reb".  He would lay near her recliner or her kitchen chair when his owner Marilyn Sawyer brought him to the house.   He was a great comfort to her.

Arlene’s family gives special thanks to the following; Marilyn Montenaro-Sawyer for her devotion to caring for Arlene so that she could remain in her home.  Arlene knew that she could count on Marilyn whenever she called for help, and she was so happy to see "Reb".  Also to Marilyn’s son Joseph and the Montenaro brothers, Paul and John who helped out when Arlene needed assistance.   Also to our great neighbors Mary and Gary Kruger, and to Jay and Sherri Lott and Daron Lott for all their help through the years.  Also to Loretta Aubin and Donna Morin for their recent help with Mom during mealtimes.  Also to the delivery people from the Montgomery County Office For the Aging who delivered delicious meals along with Smiling faces.  Also to Beverly Przybylo for the unexpected meals she provided to both Arlene and Edward over the years.  Also to Dr. Droege and his staff and Dr. Snider and his staff, and the St. Mary’s Emergency Department Staff and the 4th Floor Staff for their care of Arlene.  Also to Arlene’s former Doctor Nancy Knudsen who cared for Arlene several years ago.  Also to friends from the Cranesville Reformed Church who frequently stopped by to see Arlene, or sent cards of encouragement.  Arlene enjoyed her many visits from Pastor Kenneth Heckeler and from Lynnda Hochmuth.  She was very happy to see Derek Howell and his son Magnus when they made a special visit days before her passing.  Also to Maureen Young for her uplifting words of encouragement over the years.  To the Cranesville Fire Department Members who were always quick to respond to our calls for help, and to GAVAC for their assistance when needed.

Share Your Memory of
Arlene
Upload Your Memory View All Memories
Be the first to upload a memory!
Share A Memory
Send Flowers