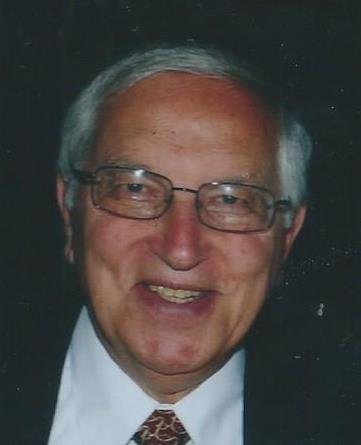 George Patrick DeNovio, 83, of Fort Johnson, NY and Delray Beach, FL passed away on Thursday September 26, 2019 at his home with his family close by, as he so wished.

Born in Schenectady, NY on March 17, 1936, he was the son of Anthony and Virginia (Articola) DeNovio.   A graduate of Mont Pleasant High School and the GE Apprentice Program, George was a loyal GE employee for 40 years in the roles of design draftsman and sourcing manager. He proudly served his country in the US Army’s 464th Engineer Battalion.  In his retirement George worked part-time for the former Johnson-Lindsay and Rossi Funeral Homes and later the Betz, Rossi, Bellinger & Stewart Family Funeral Homes.

George was a devout parishioner of the former St. Casimir’s Roman Catholic  Church and St. Mary’s Roman Catholic Church in Amsterdam.  His gentle, kind, and generous spirit, his dependability and truthfulness will be greatly missed and always remembered by his family and friends.

Content with the simple pleasures of his home and family, he was happiest watching his favorite sports (Red Sox baseball and Notre Dame football) on TV, Saratoga Racing, and working in his garden.

A Mass of Christian Burial will be celebrated by Father Jeffrey M. L’Arche M.S. at Historic St. Mary’s Church, East Main St., Amsterdam, NY on Monday September 30, 2019 at 11:30 AM.   The Mass will be preceded by a visitation beginning at 10:15 AM in the Church Sanctuary.  Burial will follow in St. Casimir’s Cemetery, Amsterdam with military honors.

In lieu of flowers, memorial contributions may be made to Community Hospice, 179 Lawrence St. Saratoga, NY 12866 or to the Organization for Autism Research, 2111 Wilson Boulevard, Suite 401, Arlington, VA 22201.   Arrangements are under the direction of the Betz, Rossi & Bellinger Family Funeral Home, 171 Guy Park Ave, Amsterdam, NY 12010.