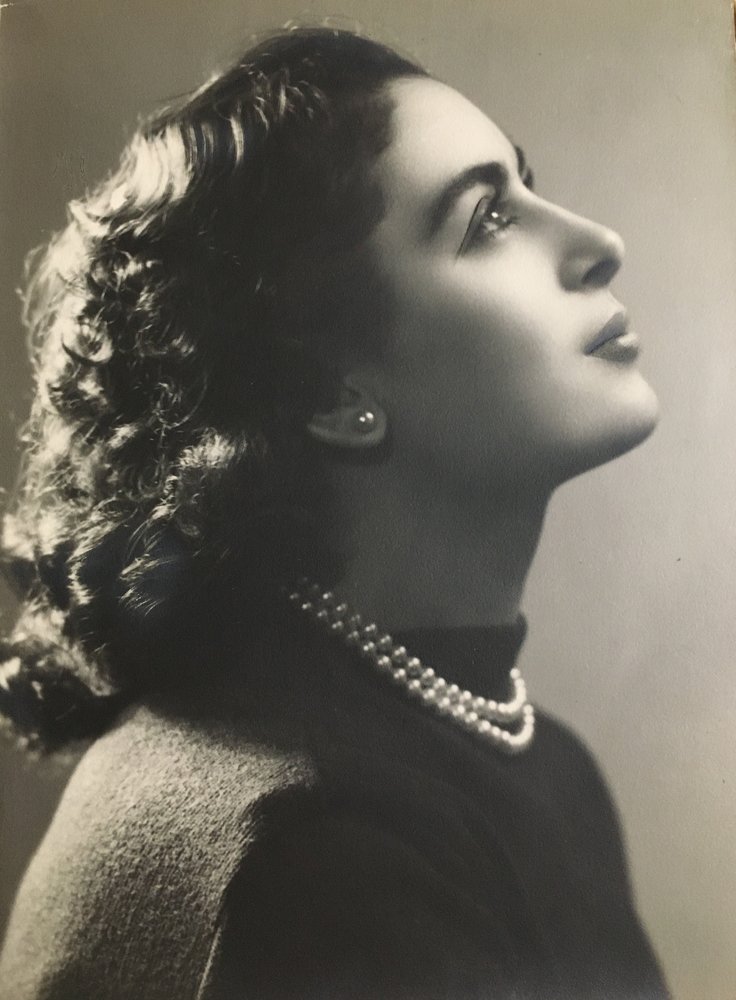 Anita DaBiere, was called home by our Lord at age 95 on June 21 surrounded by her loving family. She was born in Benevento Italy and was the daughter of Armando Della Rovere and Teresa Volpe Della Rove. The family moved to Rome where she attended Bambino Gesu Catholic School and graduated from secretarial school. She worked as an executive secretary for a large insurance company and UTIC import/export Company until she left Italy.

Anita met her sweetheart, Clem DaBiere, in Rome during WWII in 1944. The 5th Army was coming for a month rest from Monte Cassino where they had been fighting the Germans for 6 months. They fell in love and decided to get married. After filing for their marriage license, they received a letter from General Clark, advising he would no longer allow military personal to marry foreign citizens. He further stated, “If they really loved each other, they could wait for the end of the war”. Clements’s infantry continued pushing the Germans north until the war finally ended and her sweetheart returned to America.

For 11 years Clem and Anita had no communication. In 1954 Anita received a letter from Clem asking her if she wanted to come to America. Anita decided to come for a 3-month tourist visit. When they met, they fell in love all over again and realized that it was their destiny and that they were made for each other. They got married January 1st, 1955 at St. Michael’s Church by Father Beck. Her tourist visa expired, requiring her to return to Italy for 4 months until she received a permanent visa. She finally returned to Amsterdam and started her beautiful life with Clem. They had 2 wonderful children, Theresa DaBiere Craig, and John Martin DaBiere.

Anita was an avid traveler as a single working woman. Later in life she shared her love of travel with Clem touring Italy, Spain, Portugal, Holland, and the French Riviera. They both loved fishing the Ausable River and spending winters in Myrtle Beach and Florida. After the lord called Clem home, Anita continued to travel to Italy and loved her day trips. She was a member of the St. Michaels Convent Auxiliary and Perth Seniors. Anita was a talented seamstress, loved to entertain and took great pleasure in spending time visiting over a meal and a glass of wine. She will always be known as a very happy lady who always had a smile on her face and was ready to tell a joke.

She is survived by her daughter Theresa (Ron) DaBiere-Craig, her son John Martin (Paula Sutton) DaBiere, grandsons Justin and Brandon Craig, nephews, nieces and cousins here and in Italy and Holland, and a special niece Eileen DaBiere who has been like a sister since 1958. She was predeceased by her husband Clem; the love of her life, her grandson, Sean J. Craig; her mother Teresa; her father Armando; two brothers, Giustino, and Antonio; and her sister, Filomena. Special thanks to her health care providers.

Out of abundance of caution due to the ongoing public health emergency, all services are private. In lieu of flowers, donations may be made to continue the important water safety mission of the Sean Craig Memorial Fund Inc. c/o P.O. Box 284 Broadalbin NY 12025.

Family and friends are invited to pay respects to Anita at the family mausoleum at Fairview Cemetery in Amsterdam after she is laid to rest on Wednesday June 24th. As always, she will be delighted that you stopped by to visit her.

Online condolences in Anita’s memory can be made at www.brbsfuneral.com.

To send flowers to the family or plant a tree in memory of Anita DaBiere, please visit Tribute Store