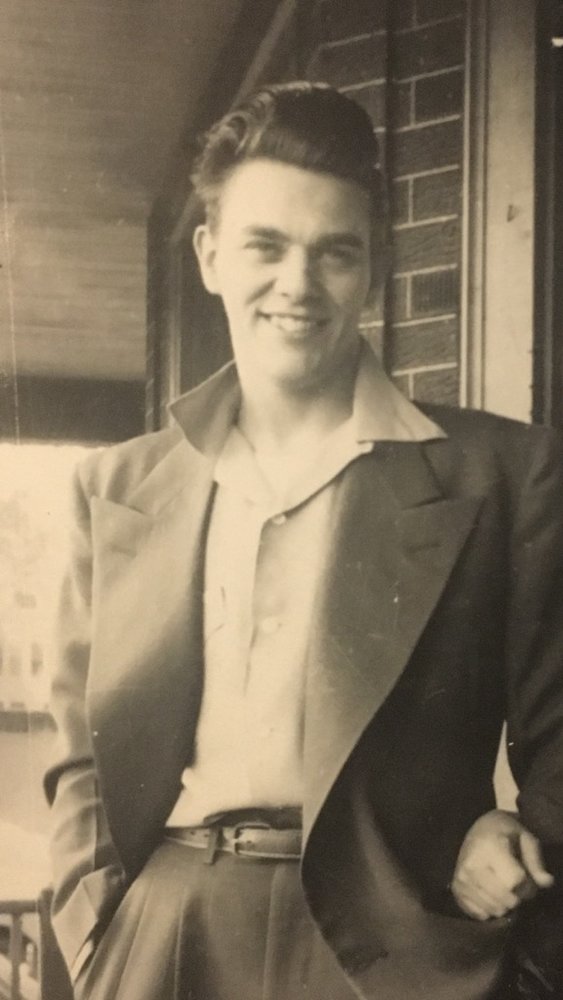 Mr. Harry Hallam, affectionately known as “Jigger,” passed away at the age of 87 on Monday, October 5th in his home while surrounded by family.  Born October 9th, 1932 in Leeds, England, he immigrated to the United States at the age of 15 and graduated from the former Wilbur H. Lynch high school in Amsterdam. He worked as an electrician at Ellis Hospital in Schenectady for over 22 years.  Hallam served in the U.S. Air Force in Iwakuni and Tachikawa, Japan during the mid1950s.

He had an interest in learning about other cultures and appreciated connecting with people from all walks of life.  He was a cherished husband, father, and grandfather, avid reader, accomplished bowler, and lifelong dog-lover constantly involved in the rescue and care of “woofs,” especially Airedales.

Graveside services at Pine Grove Cemetery in Tribes Hill will be private. Memorial contributions may be made to the Airedale Terrier Rescue, 78 DeWitt Avenue, Schenectady, NY 12304 (www.aire-rescue.com) and The American Lung Association (action.lung.org) may be made in lieu of flowers.  Arrangements are under the direction of the  Betz, Rossi & Bellinger Family Funeral Home, 171 Guy Park Ave, Amsterdam, NY 12010.

To send flowers to the family or plant a tree in memory of Harry Hallam, please visit Tribute Store