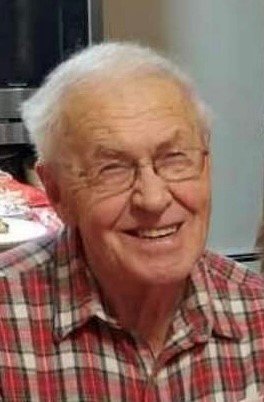 John George Bolebruch, 87, a lifelong area resident passed away Tuesday, November 3, 2020 at the Nathan Littauer Hospital following a short illness. Mr. Bolebruch was born at home on February 16, 1933, the youngest of the late Julia Paradajz and Ladislav Bolebruch.
He began his education at the old one room schoolhouse on Washburn Hill. From there, he attended Broadalbin schools through tenth grade, finishing at Mayfield—graduating in 1952. John, or “George” as he was preferably known, was raised on a farm, and continued that type of work into his early 20s. He started at Shepard Pontiac in 1956, where he worked as a mechanic for 10 years. He briefly worked for Tyler Manufacturing, where he built horse racing carts. In 1967, George began his 25-year career at General Electric in Schenectady, spending most of his time welding, stacking and fitting generator components. He retired in 1992.
George was an avid bowler for many years and enjoyed numerus outdoor activities. He remained active with his high school classmates, travelling with them across the country to many places of interest, including his favorite—Alaska. He enjoyed old country and western music, especially that of Johnny Cash, Marty Robbins and Hank Williams.
Mr. Bolebruch was very active right up until he was stricken last week. He logged his farm and annually felled, split, and piled his own firewood. George lifted weights and exercised regularly, and it was not rare for him to show off his fitness, especially as he aged.
His family will surely never forget his colorful vocabulary—that spanned both English and Slovak—that followed him around as he puttered with equipment around his barn.
He is survived by his children: Jeffrey (Heidi) Bolebruch of Perth; Terri (Todd) Payne, Mark (Mary) Bolebruch and Scott (Debra) Bolebruch, all of Gloversville. He is also survived by eight grandchildren: Robert and Eric Close of Gloversville; Matthew Close of Saratoga Springs, Stephen Close of Ballston Spa, Ryan and Tyler Bolebruch of Gloversville; Collin and Katherine Bolebruch of Perth. Six step-grandchildren, nieces and nephews also survive.
Mr. Bolebruch was predeceased by his wife, the former Peggy Spawn whom he married on September 8, 1962. She passed in 2010. He was also predeceased by his five siblings: Frank, Em Saunders, Lewis, Charles and Julia Bolebruch.

In accordance with his wishes, there will be no calling hours or services. All arrangements have been entrusted with the Walrath and Stewart Funeral Home, Gloversville.

To send flowers to the family or plant a tree in memory of John Bolebruch, please visit Tribute Store