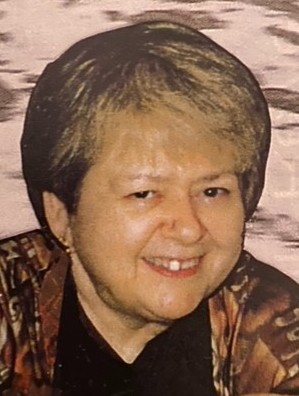 Sandra Hope Zirlin died on January 9, 2021 at the Wilkinson Residential Healthcare Facility. She was born on February 4, 1943 in Chelsea Massachusetts, the daughter of Morris and Beatrice Siegel Zirlin. She received her Bachelor of Fine Arts degree from the University of Buffalo and a Masters in Graphic Arts from Indiana University of Pennsylvania. Ms. Zirlin was an elementary art teacher with the Greater Amsterdam School District for 35 years before retiring in 2000.  She was twice nominated as an Outstanding Educator in America in both the 1973-74 and 1978-79 school years.

Sande was an active member of the Amsterdam Teachers Association, serving as a building representative for many years. She was also active in the Amsterdam Retired Teachers Association. She was past president of the Daughters of Jacob Sisterhood, a past president of the Congregation Sons of Israel, and a member of the Synagogue’s Board of Trustees. She was past president of the GFWC Century Club and a former chairman of the GFWC-New York State Federation of Women’s Club’s International Affairs Department. In 2003, while she held that position, she designed the card used by the United Nations Children’s Fund for that year. She was a member of the Community Concerts board of directors, a member of the World Wildlife Organization, and a life member of the Girl Scouts of America, having been a Girl Scout leader for many years. In 1989 she was awarded the Ora Award by the National Jewish Girl Scout Committee in recognition of her outstanding service on behalf of Jewish youth in the Girl Scouts.

She was an award winning photographer who had one of her photographs displayed at the Women in the Arts Museum in Washington, DC in 1995, after it won first place in an international competition. She was also a prize winning artist who displayed her ink drawings, photographs, paintings, and collages at area art shows, winning numerous awards.

In the early 2000’s, Sande authored a series of children’s books based on her childhood memories of Sunday visits to her grandmother’s house.

For many years, Sande was a host mother to foreign exchange students, who she traveled extensively with during school breaks. She was beloved by each of her students who have remembered and maintained contact with their “Mom” over the years.

She is survived by an Uncle, Richard Siegel of Washington, DC, numerous cousins both here in the United States and in Israel, and her good friends Robert and Jean Amy Swenson, and their daughter Elizabeth Remian.

Her family wishes to thank the staff at Wilkinson for the wonderful care they gave Sande.

Memorial contributions in her memory may be made to the Wilkinson Activities Fund or to the ARTA Scholarship Fund c/o Joan Harrington, 17 Phillips Street.  Expressions of sympathy can be sent to the family at 24 Wilkes Avenue, Amsterdam, NY 12010.

Arrangements have been entrusted to the Betz, Rossi & Bellinger Family Funeral Home, 171 Guy Park Ave, Amsterdam.  In keeping with Jewish tradition, there will be no calling hours. Services will be held privately for the family. Interment will take place in the Congregation Sons of Israel cemetery in Cranesville, NY.

To plant a tree in memory of Sandra Zirlin, please visit Tribute Store

Share Your Memory of
Sandra
Upload Your Memory View All Memories
Be the first to upload a memory!
Share A Memory
Plant a Tree