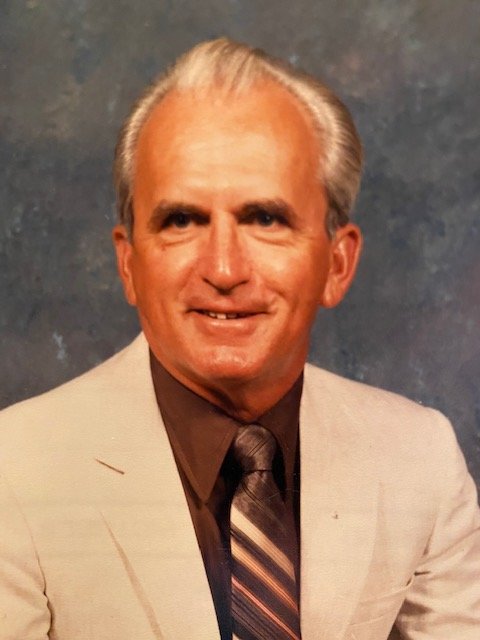 Mr. Donald E. Parry, 89, formerly of First Avenue, Tribes Hill, NY died peacefully with his daughter and God at his bedside on Monday, January 18, 2021.  Born in Amsterdam, NY on August 23, 1931 he was the son of the late Edward and Angeline Zacharias Parry.

A lifelong area resident, Don graduated from high school in 1949.  He served proudly in the United States Army from 1951 – 1953, stationed in Korea.  He was employed with the NY State Canal System for 39 years until his retirement.

On June 20, 1953 he was united in marriage to Phyllis M. “Phidy” Hutchison.  They enjoyed 64 blessed years together until her passing on June 25, 2017.  He was also predeceased by his beloved daughter, Barbara “Barbie” Parry Moran; and all of his siblings, Richard, William, and Anna Mae.

Committed to his community, Don served in many different capacities.  He was a lifelong member, Elder and Deacon of the Tribes Hill Presbyterian Church.  Don was a 61 year member of the Welcome Lodge 829  F&AM, serving as the Lodge Master in 1964 and District Deputy in 1976.  He served as Town of Mohawk Councilman for many years, retiring in 2009.  He also was a member of the Tribes Hill Volunteer Fire Department.  Most notable, Don was the Superintendent of the Pine Grove Cemetery and took great pride in the care of the cemetery.  Don made many friends throughout the years. In retirement, Don and Phyllis enjoyed traveling and cruising  with friends to Bermuda, Alaska, Canada, and Scotland.  They loved the time spent with family and friends at the camp on Sacandaga Lake in the summer and in Florida in the  winter.

The family would like to thank the many compassionate staff at the Home of the Good Shepherd, where Dad resided for the last four years.  They provided the care that he needed, especially when we could no longer visit. We also thank Community Hospice for their compassionate support during his final days.

Funeral services will be private and take place at the Tribes Hill Presbyterian Church.  A graveside service will take place on Saturday, April 24, 2021 at 11a.m. at Pine Grove Cemetery, Tribes Hill, NY with military honors.  Relatives and friends are invited to attend.

Arrangments have been entrsuted to the care of Betz, Rossi & Bellinger Family Funeral Home.  Please visit the online memorial at www.brbsfuneral.com

To send flowers to the family or plant a tree in memory of Donald Parry, please visit Tribute Store
Print
Share A Memory
Send Flowers