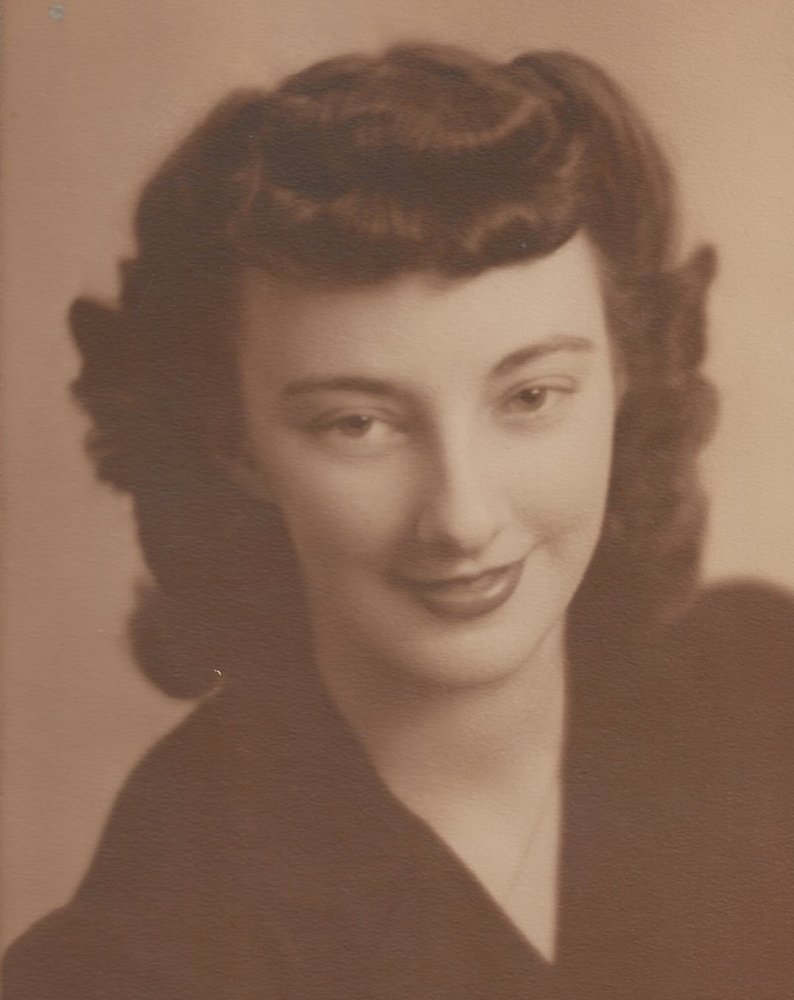 Genevieve Hackert DeForest of Amsterdam, New York died peacefully on August 7, 2021 at the age of 99 ½. She was born to the late Reinhart and Mary Mae (Whalen) Hackert on January 5, 1922. She was raised in the Amsterdam area, where she spent her long and full life.

In her childhood, Genevieve and her family lived through the Great Depression with the help of her 13 aunts and uncles, and untold number of cousins. She attended local schools, and graduated from Amsterdam High School with the class of 1940.

After graduating she worked in the local textile factories to contribute to the war effort during World War II. During this time, she was waiting for her future husband, Lloyd, who was deployed in the United States Navy ferrying troops across the English Channel on D-Day, and later in the Pacific Theater.

Genevieve and Lloyd were married in 1946 and moved to his family farmhouse near Minaville, where she lived for the next 75 years, and where they raised their two sons and daughter. When her children grew older and left home, Genevieve re-entered the work force and took a job with Liberty ARC for twenty years before retiring.

Though she was a world-class worrier, Genevieve still managed to enjoy life. She and Lloyd could be found dancing on the weekends, camping with friends and family at Wells Campsite for many years, and practicing arts and crafts when she wasn’t busy keeping her three kids in line.

Genevieve was preceded in death by her loving husband Lloyd in 2001, after 55 years of marriage. She was also predeceased by her beloved son, David in April of 2021; her brothers, Donald Hackert and John Hackert and his wife, Rachel; her recently passed friend of 95 years, Irene LaPlante; as well as by her long-time friends Norma Bowman and Betty Wells.

Genevieve’s family would like to extend a special thanks to the folks at River Ridge Nursing Home, including Rita, Samantha, and Natalie for all of their kindness and care.

Relatives and friends are invited and may call on Thursday, August 12, 2021 from 11 o’clock in the morning until 12 noon at the Betz, Rossi & Bellinger Family Funeral Home, 171 Guy Park Avenue, Amsterdam. A Celebration of Genevieve’s Life will be held at 12 noon on Thursday, following calling hours. A graveside service will be held in Chuctanunda Cemetery, 155 Buhrmaster Rd, Minaville, NY 12010 following the Celebration of Life, where she will be laid to rest next to Lloyd. In lieu of flowers, memorial contributions may be made in her memory to the Wounded Warrior Project: woundedwarriorproject.org/donate, the Montgomery County SPCA: mc-spca.com/wp/?page_id=890, or to St. Jude Children’s Research Hospital: stjude.org/donate/donate-to-st-jude.html.

Rest in Peace Mom, you’ve had a great run.

To send flowers to the family or plant a tree in memory of Genevieve DeForest, please visit Tribute Store
Print
Thursday
12
August