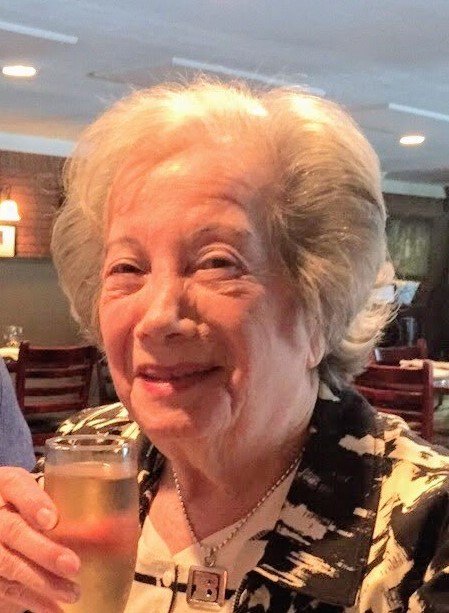 Beate Rosenbaum-Madnick, 96, died surrounded by family at the Nathan Littauer Extended Care Center in Gloversville on Tuesday, August 10. There she touched the heart of the entire staff, who are angels on Earth. We are extremely grateful for their dedicated care over the last year. Beate had lived in her own home until age 94.

Beate was born in Frankfurt, Germany on June 2, 1925 to Robert and Zizilie Weiss. Together, they immigrated to New York City in the mid-30s, where Beate fell in love with the NY. She went on to study Chemistry at the New York University at a time when very few women went to college.

In New York, Beate met Edward Rosenbaum, who would become her husband, only after writing letters back and forth for two years while he went back to Germany to fight for the US in WW2. Beate was not one for loving exercise. Yet on their first date, they found themselves walking across the City to what was the first subway station in NY.

Following the war, Beate and Edward moved to Gloversville, where Edward had purchased a glove factory. They had three children, Ron, Neil, and Robin and a very tight-knit community of friends. Beate was an active volunteer and community member, a board member at many local organizations including the Knesseth Israel Synagogue, the Jewish Community Center, Interfaith Tea, and Nathan Littauer Hospital.

Beate was fiercely dedicated to her family and children. She loved cooking and baking - she made the best cucumber salad and lemon squares.

Following the death of her soulmate in 1985, she became a well-loved saleswoman for women’s fashion in Gloversville. Once her kids had their own children, she spent time visiting, babysitting and enjoying spending as much time as she could with them.

After having explained many times that she was “spending a lot of time with George Madnick,” her neighbor of over 30 years, she was remarried.

Beate was a stoic woman with a smile that could light up a room. Her positivity and even-keeled attitude were contagious. No problem was insurmountable. She loved hot dogs, her kids and grandkids, and had more opinions in her old age. Especially about blue nail polish.

She is survived by her son Ron Rosenbaum (Steffi), Neil Rosenbaum (Debbie), and her daughter Robin Fischer (David) and her grandchildren Elyssa, Michael, Alex, Rachel, Logan, Sarah, and Emily.

Family will have a small, grave-side ceremony on August 12th at Knesseth Israel Cemetery, Gloversville. In an abundance of caution with the recently rising COVID cases, the family will not have shiva visitation.

In lieu of flowers, donations may be made to the Knesseth Israel Synagogue (34 East Fulton St. Gloversville, NY 12078) where Beate was a volunteer and board member for 60 years.

Share Your Memory of
Beate
Upload Your Memory View All Memories
Be the first to upload a memory!