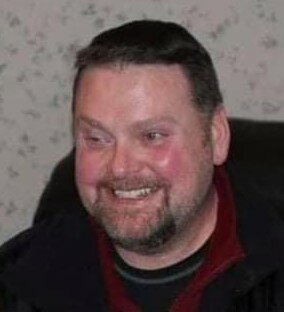 Frank J. Force, 50, of Johnstown, New York, passed away peacefully on October 7, 2021 at home. Frank was born on March 4, 1971 in Utica, New York to the late Clifford and Eleanor (Neuland) Force. He attended local schools, and graduated with an Associate’s Degree in accounting.

Frank enjoyed many years as an over the road truck driver for C. R. England Trucking Inc. From an early age Frank enjoyed tinkering with and conversing over CB radios, so he was a natural fit as a truck driver. He greatly enjoyed the long trips, solitude, and beautiful scenery he came across on his routes, which he loved to share with his family and friends.

With the time he wasn’t on the road, Frank enjoyed fishing, as well as playing and watching sports. He played on softball leagues throughout the years, and he loved nothing more than watching his favorite team, the Miami Dolphins, play. Frank also had a life-long admiration for our Armed Forces, and a love of God and the teachings of Jesus.

Frank is survived by his daughter, Erin Force; his sisters, Margaret L. Owen, Dorothy A. Jager, Marlene F. Schmitt, Mary Ellen Schmitt, and Barbara A. (Edward) Matys; his long-time best friend Jaimie Lilley, close friend Kenny Cioch, his faithful canine companion Bruno, as well as many nieces, nephews, and cousins. He is preceded in passing by his parents, Clifford and Eleanor Force, as well as by his sister Karen M. Pexton.

A graveside service will be held on Saturday, October 30, 2021 at St. Joseph’s Cemetery in Utica at 11 o’clock in the morning.