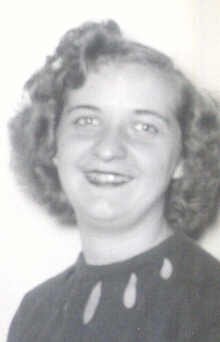 She was born December 3, 1934 in Gloversville, the daughter of the late Herbert Ward and Ruth Cooper. She attended Gloversville schools and was later employed at the Clock Building of Coleco until 1971 due to a back injury. She was a member of the Church of the Holy Spirit, Ida McGinness Senior Citizens and the former Gloversville Eagles Auxiliary. She was a former volunteer for the Fulton County Meals on Wheels Program.

Mary loved horses and being with family and friends. She enjoyed playing Bingo, cards and as she would say, "just getting out".

In addition to her parents, she was predeceased by her husbands, LeVerne Brooks and Jonathon Terry; as well as six siblings: Stanley Ward, Robert Ward, Caroline Ward, Dorothy Kruger, Shirley Salvione and Sally Cozzolino.

A family gathering will take place next summer.

Memorial contributions may be made in lieu of flowers to the Alzheimer's Association, 4 Pine West Plaza, Suite 405, Albany, NY 12205 or to Ronald McDonald House, 139 South Lake Ave; Albany, NY 12208.

Share Your Memory of
Mary
Upload Your Memory View All Memories
Be the first to upload a memory!