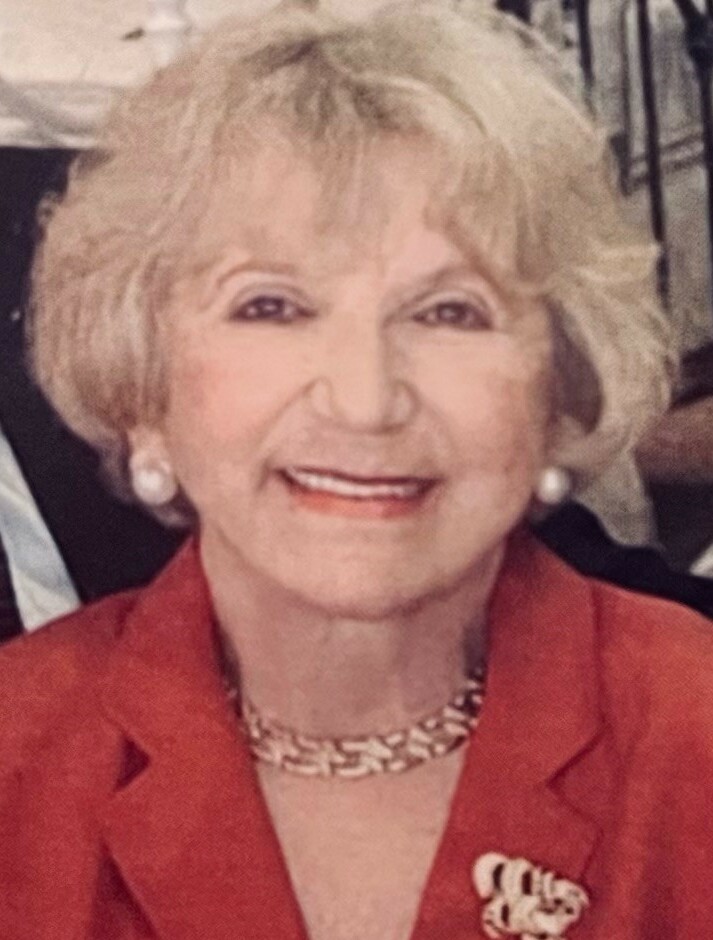 Thelma (Toby) Arlene Solomon Olender 98, of Rockville, Maryland and formerly of Amsterdam NY passed away on Friday Dec 31st 2021 surrounded by her loving children. Mrs.Olender is pre deceased by her beloved husband Donald who passed away on Dec 30th 2011. Born in Albany NY on April 22, 1923, to Abraham and Anna Solomon, Mrs. Olender was the youngest of six children. She was revered and adored and considered the Matriarch of her family.

Mrs. Olender attended Albany public schools and was gifted with a beautiful operatic voice, performing on Albany local radio stations as a young child and teen. She was accepted to the Juilliard School of Music in NYC in 1940 where she attended with fellow student the now world famous Soprano, the late Roberta Peters. She met and married her soulmate Donald and after he bravely served in the Army Air corps in the South Pacific the Olender’s settled back in Donald’s hometown of Amsterdam. Mrs. Olender was actively involved in the family’s furniture and mattress retail businesses founded in 1902 by William Olender in Amsterdam, and then in Schenectady, Clifton Park and Colonie. She was an avid golfer, skier, chef, Bridge teacher and aficionado, volunteer, philanthropist and was well known for her breathtaking vocal performance talent which has been inherited by her grandson Andrew and granddaughter Raina. In 1984 Mr. and Mrs. Olender retired and moved to Stuart Florida where she founded her local Brandeis University Chapter and was active in the Palm Beach Symphony as a fund raiser and organizer of activities on behalf of the Orchestra. In later years she donated her time to a severely disabled young man that she met though the local JCC in Rockville, MD, giving of herself to him and trying to making his life a happier one. Her credo has always been that happiness is giving to family, friends and strangers.

The greatest loves of her life aside from husband Don were her three children Barbara Kurland(Jeffrey), Rockville, Maryland, Richard Olender(Joan Olender deceased)Albany, New York and Anita Levine(Merrick, divorced) Suffern, NY, six grandchildren, Lisa Newman(Seth), Karen Nash(Philip), Adam Kurland(Susan), Andrew Kurland(Julie), Raina Johnson(Rashaun) and Alexander Levine(Cara). Mrs. Olender was blessed with 8 great grandchildren, Zachary, Pearl, Brady, Twins Eve and Justin, Jada, Bentley and Kayla. She is also survived by many nieces and nephews and great nieces and great nephews and many wonderful friends including her dearest friend Pamela, all of whom she loved so very much.

Private graveside services will be held on Thursday, January 6th at 10:30 am at Temple Israel Cemetery, Cranesville, NY. A video stream will be available for those who wish to view the service with the link: https://client.tribucast.com/tcid/3671438167

Donations in honor of Mrs. Olender can be made to the National Holocaust Museum, 100 Raoul Wallenberg Place, SW Washington DC 20024 or to The Village at Rockville, 9701 Veirs Dr Rockville MD 20850.

Share Your Memory of
Thelma
Upload Your Memory View All Memories
Be the first to upload a memory!
Share A Memory