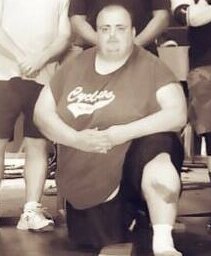 Scott M. Wissel "Goo", 40, of Amsterdam, New York died unexpectedly at St. Peters's Hospital on February 3rd, 2022 from an ongoing illness. His loss was completely unexpected and the family is shocked and deeply saddened.

Scott was born on March 12th, 1981, when he was five years old he was adopted lovingly by Kevin A. Wissel and Karen Dziewtowski in Staten Island, New York. Scott’s loving family includes his father, Kevin A. Wissel; his mother, Karen R. Dziewiatowski; his brother, Timothy K. Wissel; his sister Tara Farrar (Wissel); as well as his niece, Mackenzie A. Wissel, and many aunts, uncles, cousins, and dear friends.

Scott was raised in Broadalbin, and attended Broadalbin Perth Central School. Scott was passionate about football, and played on the BP Patriots football team. Scott was a devoted fan of many sports throughout his lifetime. When he was young he started watching Professional Wrestling on television, and became enthralled by the WWE. His passion for wrestling lead him to join his high school wrestling team, and later he became a professional wrestler. His love for wrestling and the WWE was known by all who knew him.

After graduating high school, Scott went on to further his studies at DeVry University, where he earned his Bachelor’s Degree in Accounting in 2010. Scott also continued his studies at Empire State College, where he had been working on his Master’s Degree.

Scott worked as a Direct Support Professional at Lexington ARC, and was a member of the Fulmont Community Church.

Anyone who knew Goo, knew that they had a "brother" a true friend. Goo's family and friends will miss him more than words can say.

In lieu of flowers, contributions in Scott’s memory can be made to the St. Mary's Foundation, the Excellence in Patient Care Fund at St. Peter's Hospital, or The International Pro Wrestling Hall of Fame.

A memorial service for Scott will be held in the Spring, with further information and details to follow.

To send flowers to the family or plant a tree in memory of Scott Wissel, please visit Tribute Store