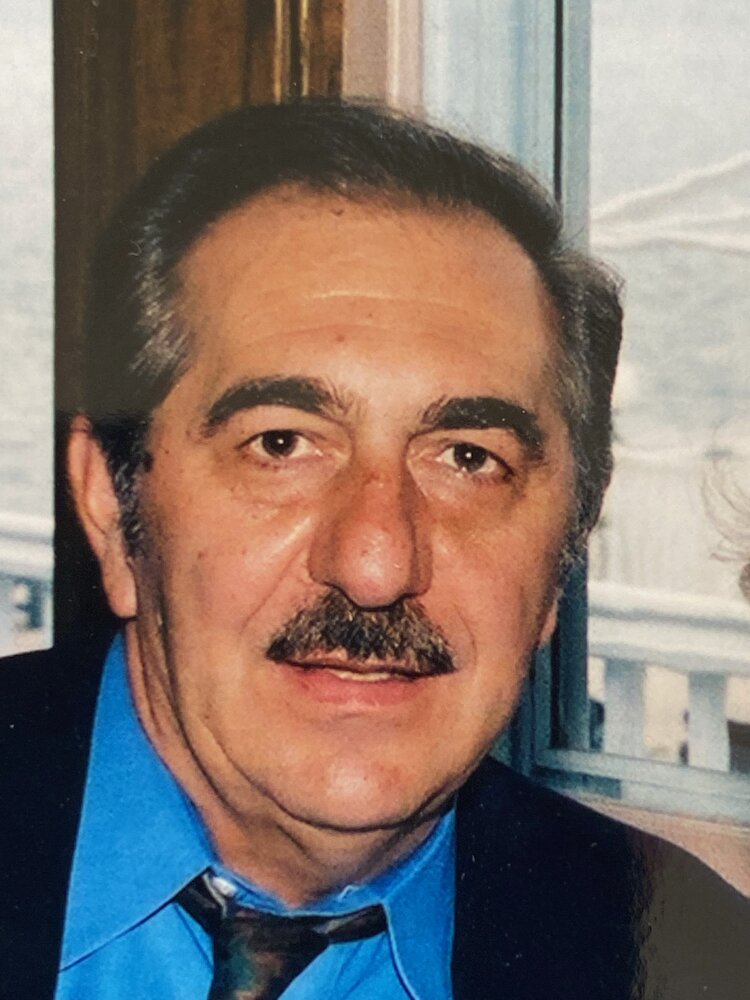 He was a distinguished professor of social sciences who published multiple papers in professional journals and was invited to lecture abroad at the University of Edinburg and University of International Relations in Beijing. He built his college soccer program into a national powerhouse. He was a world-class horse player, consistently cashing four-figure tickets on winning triples and pick-4s. His pasta alla Bolognese was a dish the finest Italian restaurants would be proud to serve.

But here’s what really matters:
Andrew Joseph DiNitto – “Andy” to his wife and friends, “Papa” to his sons, “Nonno” to his grandchildren, “Andrea” to his family in Italy, “Professor” to his students, “Coach” to his players – was a great influence and inspiration to anyone who knew him.

Andy loved his wife unconditionally, standing by her, making her laugh, being her best friend for the 55 years of their marriage.
Papa showed his sons work ethic, integrity, perseverance, and the right way to be a father. He taught them to love and respect people no matter their race, religion, or wealth.

Nonno was loved and adored by his grandkids.
Coach was a second father to his players, teaching them life is about more than just soccer, showing them how to become men, helping them become better people, guiding them to fruitful lives – all while dominating the competition. His players were and remain extended family.

“The best teacher I ever had” is a phrase frequently uttered by Professor’s former students.
Born in Gaeta, Italy to Paul and Clara DiNitto in 1943, Andrew immigrated with his parents to Newburgh, New York in 1957. Not knowing the language when he arrived in the United States at the age of 14, he learned English and assimilated, rising to the top of his high school class.

As a high school senior at Newburgh Free Academy, he met his future wife, Maria, and as features editor at the student paper, he penned an article about her own journey to America, titled “Thank You Communism For Sending Us This Hungarian Beauty.”

Andrew’s collegiate academic career began at Orange County Community College, where he studied political science and garnered All-American honors as a star soccer player. From there, he went on to SUNY-Binghamton, where he earned his Bachelors and Masters degrees, and then to the University of Albany to earn his PhD in 1978.

From 1968-2008, Andrew taught political science, sociology, and Italian at Fulton-Montgomery Community College. From 1985-2010, he served as professor of political science and public policy at Empire State College, where he was honored with the Excellence in Mentoring award in 1997. A teaching fellowship at the University of Albany and visiting professorship at Elmira College are also on his resume.

In Andrew’s 12 seasons as head coach (1972-83), the FMCC soccer team never had a losing record. He went from recruiting in phys ed classes so he had enough players to field a team to convincing the best players in New York City to attend school and compete on the farmland of Fulton County. He led the Raiders to four Mohawk Valley League championships and two national tournament appearances, coming up just short of the national title in 1979, when they lost in the final, 1-0 in six overtime periods. He was named National Junior College Coach of the Year that season.

His FMCC squads were models of diversity, rosters made up of players from nearly every continent on the planet.
He also co-founded the Fulton United Soccer Club and coached its team of all-stars to multiple championships.
Andrew’s influence extended beyond the home, classroom, and soccer field.

He sat on the Mountain Valley Hospice Board of Directors, served as Chairman of the Gloversville Board of Ethics, consulted with and advised a multitude of local boards and commissions, and made numerous media appearances as an expert in political science. He served as a delegate to US presidential candidate George McGovern at the 1972 National Democratic Convention in Miami, chaired the Fulton County New Democratic Coalition from 1969-71, and was regional coordinator for New York gubernatorial candidate Howard Samuels in 1970.

Andrew died peacefully in the early morning of July 5, 2022, his beloved wife by his side. He was 79. He is survived by Maria, his sons Paul (Vanessa) and Marcus, and grandchildren Andrew and Caroline.

A visitation for Andrew will be held at Walrath & Stewart Funeral Home at 51 Fremont Street in Gloversville from 1:30-4:00 p.m. on Wednesday, July 13, 2022. Family and friends are invited to share thoughts and memories of Andrew at 3:30 p.m.

In lieu of flowers, Andrew’s family would appreciate donations to either St. Jude's Children's Research Hospital online at stjude.org, or to the Cure PSP fund online at psp.org.

The staff of Walrath and Stewart is honored to be assisting the Di Nitto family.

To send flowers to the family or plant a tree in memory of Andrew Di Nitto, Ph.D., please visit Tribute Store
Wednesday
13
July

Share Your Memory of
Andrew
Upload Your Memory View All Memories
Be the first to upload a memory!
Share A Memory
Send Flowers