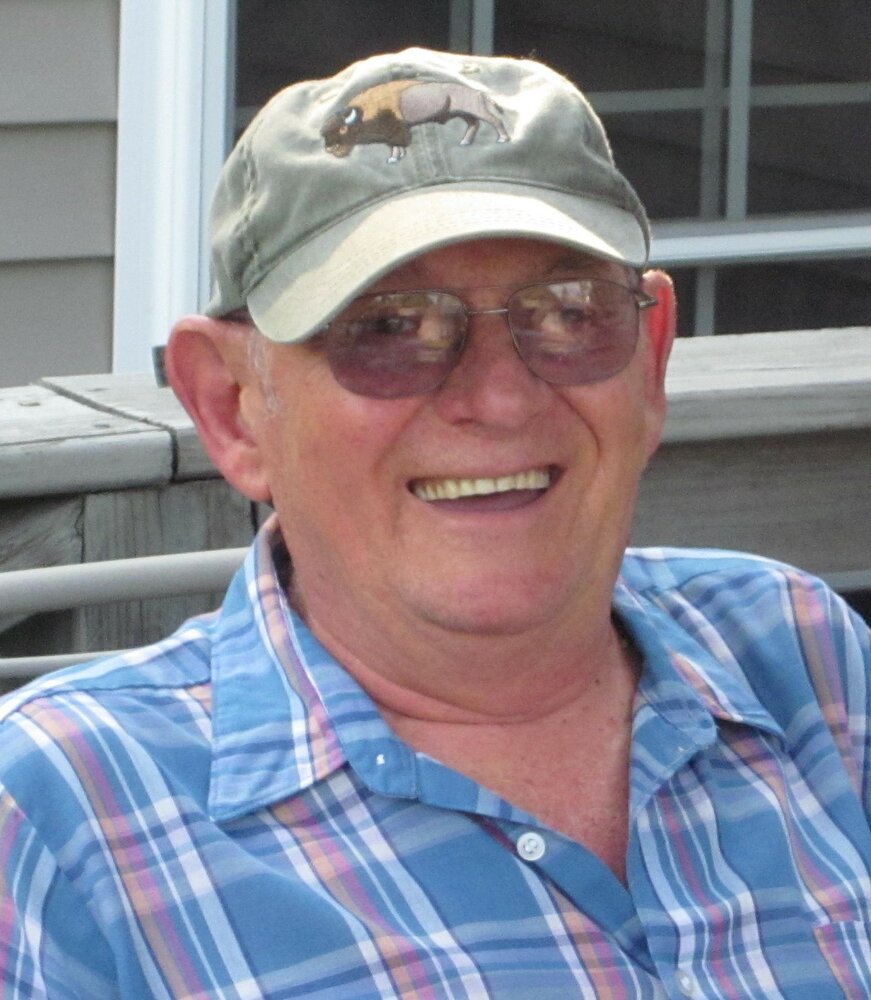 He is survived by his wife Margaret Leane Hollenbeck Walsh who he married on October 3, 1969 and their combined family of 7 children. Four children from Donald:  Kim Lowenthal (James),  Bambi Bonfey, Kevin Bonfey (Roylene), Greg Bonfey (Rhonda) and three children from Margaret who he adopted: Steve Bonfey, William Bonfey, and Joanne Kadle (Mark).

Don was a member of the North Main Street Methodist church. He was educated through the 12th grade in the Gloversville Schools. After high school he worked at a gas station where he learned to be a car mechanic. He then left and worked at General Electric where he retired from after 32 years.

Donald spent his summers growing up at the Sunset Bay Campers Association (SBCA) on the Great Sacandaga Lake where he enjoyed fishing, swimming and water skiing.
He and Leane (Margaret) enjoyed camping with their trailer and and spent their summers at Whispering Pines and Deer Run campgrounds where they made several longtime friends.

After retiring they bought a motorhome and did some traveling around the country. There travels brought them to Lafayette Tennesee where his brother-in-law lived and they decided to buy land and have a home built. This became their winter home  for 10 years. In the summer they enjoyed their home on Lakeside drive in Mayfield, New York where they enjoyed their pontoon boat and fishing on the Great Sacandaga Lake.

Don was a family man and loved spending time with his children, grandchildren and great grandchildren. He enjoyed playing cards, games, horseshoes, fishing and hunting. He was usually unbeatable at horseshoes especially when he and his brother Tom were a team.  He loved to dance and he had a great love for music which he always had playing. Don was also fond of car racing and would spend time at the Fonda race track and in the fall he would head up to Syracuse with his trailer and camping friends to watch the races.
Don enjoyed life and loved family gatherings and partys. At family gatherings he could be heard telling stories about his childhood adventures with his siblings and the trouble that they would get in which always had everyone laughing.

He was always ready to lend a helping hand whenever anyone needed it. He loved tinkering around in his garage working on motors or helping someone with fixing their car. He took pride in his lifes accomplishments.

Don was a member of the Boy Scouts, Pinetree Rifle Club and The Red Mens Association.

He was predeceased by his parents, siblings Charles, Thomas and Robert. He is survived by the youngest of 5 children, his sister Nancy Morey (Simone) and several neices, nephews, grandchildren and great grandchildren.

A period of visitation for Don will be held at Walrath and Stewart Funeral Home, 51 Fremont Street, Gloversville, NY on Saturday, August 6 from 12 Noon until 1pm, with a memorial service following immediately at 1pm.

The staff of Walrath & Stewart Funeral home is honored to be assisting the Bonfey family.

To send flowers to the family or plant a tree in memory of Donald Bonfey, please visit Tribute Store
Saturday
6
August