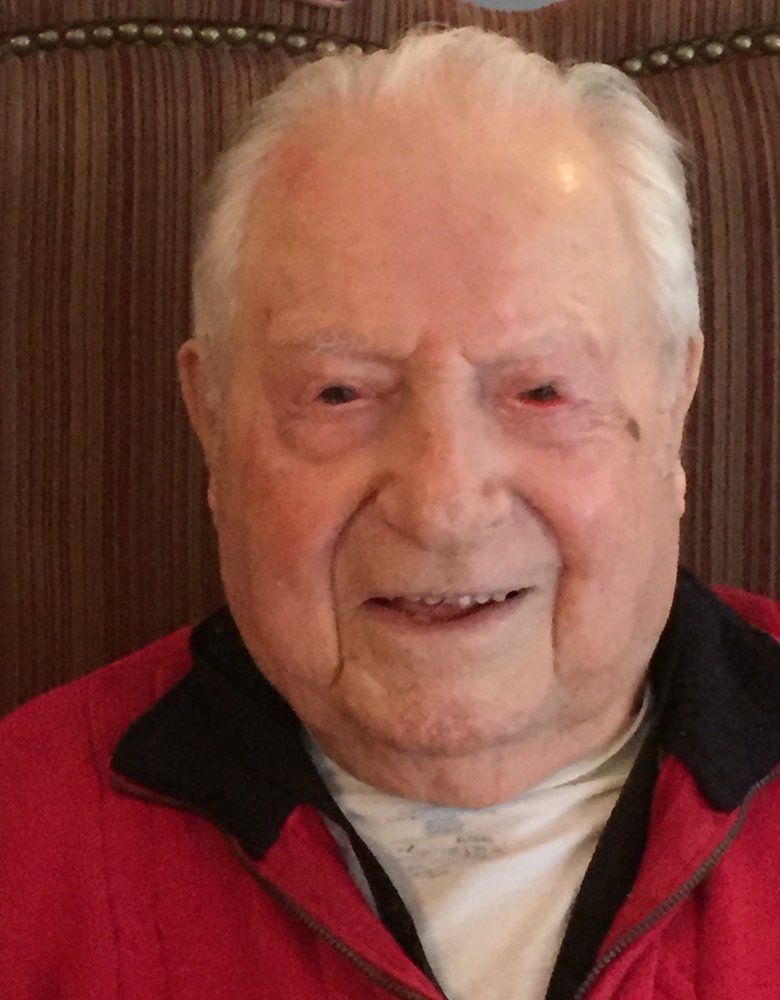 Edward “Ottawa” Vertucci Sr. of Amsterdam NY passed away on Thursday May 24th, 2018. He was 101 years young! Born in Gloversville on March 1st, 1917, he was the son of Dominic Vertucci and Clarinda (Clara) Nikoli Vertucci.

In 1946 Ed married his great love Angelina (Angie) and they shared 55 years together before her passing in 2001. Ed and Angie’s greatest accomplishments were their devoted children Linda (Dick) Ford of the Villages Florida and Edward Jr. (Lisa) Vertucci of Amsterdam, as well as their deceased infant daughter Patricia and Step-Grandchildren Frank Fattoruso Jr. of Saratoga Springs NY, Karen (Mark) Egeling of Fairport NY, Jeff Ford of Rochester, and Step Great- Grand-Children Ryan and Justin Egeling of Fairport, several nieces and nephews and Sisters-In-laws. Edward was also predeceased by his siblings, sister Mary Zambri, Frank, Armand and Albert Vertucci of Gloversville NY.

Ed attended Gloversville schools where he enjoyed football, baseball and boxing. He was a WWII Veteran. In 1940 he enlisted in the US Army and joined the 27th Division-Company M. From 1948 to 1951 he owned and operated Ottie’s Pool Room on S. Main St. in Gloversville after which he worked at the Navy Depot as an electrician. In 1966 he started working for the US Postal Service as a mail carrier. He worked there through his retirement. In 1984 he and Angie moved to Vero Beach Florida until Angie’s passing. He loved dressing up as Father Time on New Year’s Eve, Santa Claus at Christmas and the Easter Bunny. All of this for the enjoyment of the children in his family. He could be seen running through neighbors yards dressed as Santa and thrilling the neighborhood children on Christmas Eve. He was at his best when hosting family reunions, and sitting by the firepit in his backyard on West Street. He loved making movies of every family event. He enjoyed listening to Frank Sinatra, Dean Martin and Perry Como. At Hillcrest Springs he was known as the “Singing Resident.” He was always happy to reminisce about his childhood and the good old days….his mind was sharp until his final days. We will all miss the “Mighty Ott.”

The family will receive friends from 5 to 7 p.m. Tuesday, May 29 at Walrath & Stewart Funeral Home, 51 Fremont St., Gloversville, where a Prayer Service will be held 10 a.m. Wednesday with the Rev Donald Czelusniak  officiating. Interment will take place at Mount Carmel Cemetery, Johnstown.

Memorial contributions can be made to the Leukemia Lymphoma Society, or the American Cancer Society.

To send flowers to the family or plant a tree in memory of Edward Vertucci, Sr., please visit Tribute Store
Print
Tuesday
29
May