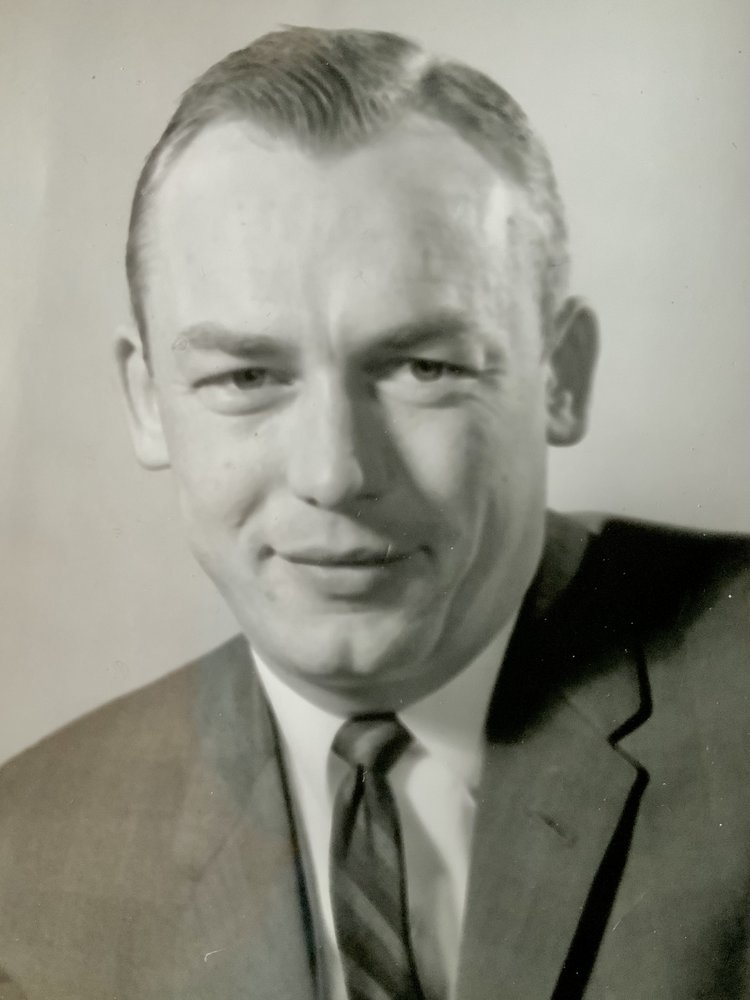 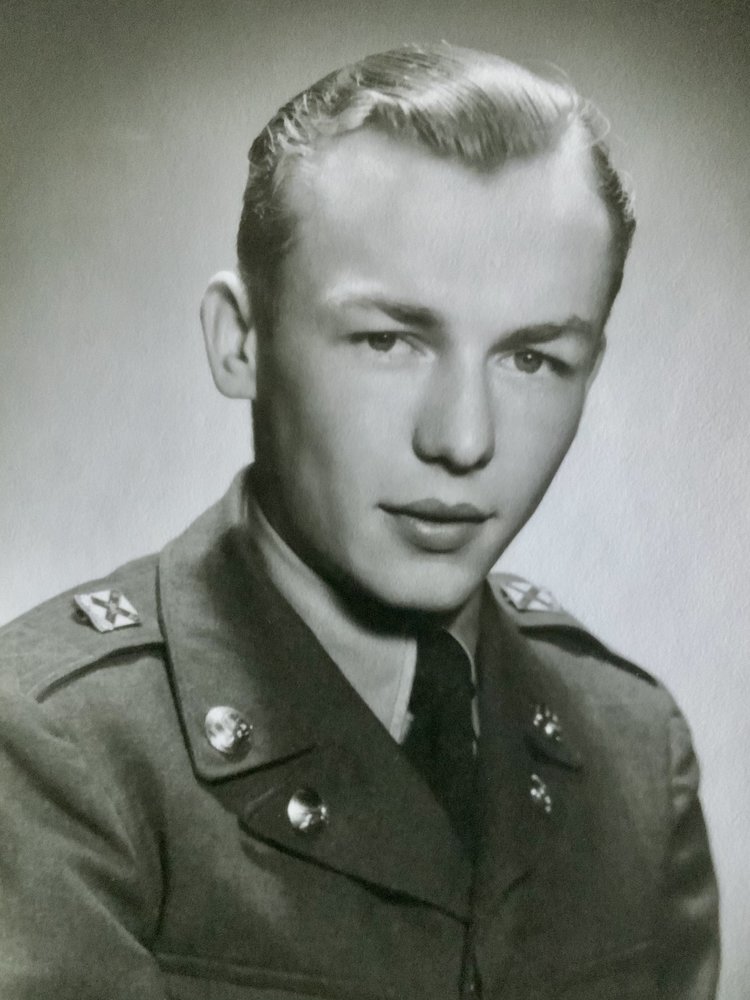 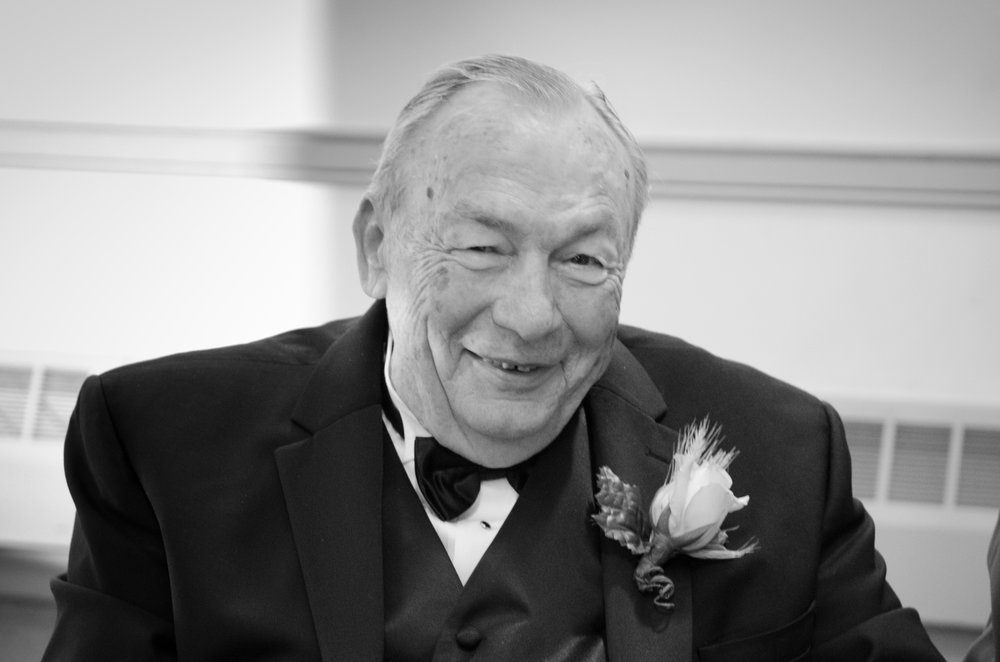 Ralph W. MacLachlan, Jr. “Mac”, age 92, of Glen, NY, a retired General Electric Company Manager, was called home to be with his Heavenly Father on November 4, 2020. He passed away peacefully with family by his side. Born in Fonda, NY, on March 16, 1928 to Ralph W.  MacLachlan, Sr. and Margaret L. (Lotridge) MacLachlan. He was educated in local schools and received his BA in English and Business from Hope College in Holland, MI.

In active service during the Korean War, Mr. MacLachlan served 13 months of his 21-month commitment as Division Historian for the 24th Army Infantry Division, the first United States combat force to serve in Korea. Responsibilities of this position included overseeing the preparation and submission of monthly reports from the battalion and regimental level and preparing the Commanding General’s monthly Command Report.

Prior to entering service, MacLachlan was employed as a copywriter at radio station WSNY in Schenectady. Following service and graduation from college, he joined GE's Advertising and Sales Promotion Training Program where he completed a number of assignments in various industrial writing projects. Upon completing the program, he served as copywriter and Account Supervisor for a number of GE Departments served by the in-house ad agency. Following promotion to Manager, Publication Distribution in Schenectady, he next served as Manager - Exhibit Operations in Scotia, NY, and then as Manager of Southern Accounts in Winston Salem, NC. MacLachlan was recalled to Schenectady Headquarters to operate a newly formed publications distribution/ in-house printing/ stationery/ and promotional products supply center based in the Scotia Industrial Park and dedicated to serving the company, internationally. This capability was later transferred to the Corporate Purchasing Operation and reported to headquarters in Bridgeport, Ct.

During his business career, MacLachlan was active in a number of professional organizations, including the Elfun Society, where he served as Schenectady Chairman and National Secretary. He also was a member of the Association of National Advertisers, the Direct Marketing Association and the National Premium Sales Executives Association. He served on a number of committees and was a frequent speaker and seminar leader.

In 1953 he married his high school sweetheart and love of his life Betty Jean Olmstead at the Glen Reformed Church. They enjoyed 67 happy years of marriage. For over 20 years the MacLachlans lived in an 18th century home they restored in Galway. During this time, Mr. MacLachlan was active in a variety of civic and political organizations. He was member and past President of the Galway Central School Board of Education, member of the Saratoga County BOCES Board, and the Saratoga County School Boards Association. He was an Elder in the West Charlton United Presbyterian Church, as well as a member and past Chairman of the Town of Galway Republican Committee. In Schenectady County, MacLachlan served on the board of the Schenectady Girls Club and as Board Member and past Chairman of the Hall of History Foundation. He also served as Publicity Chairman for Schenectady County Community Chest campaigns, and held a variety of Masonic offices including Thrice Potent Master in the Scottish Rite - Valley of Schenectady - and offices in his home Lodge, Fultonville No. 531 F&AM. He was an avid outdoorsman and a life member of the National Rifle Association. Most of all, he enjoyed time spent with his family.

Upon retirement, the MacLachlans moved to their present home in Glen, Mrs. MacLachlan’s childhood home, which has been in her family on an uninterrupted basis since the late 18th century. During those years, Mr. MacLachlan has served as Deacon and Elder in the Glen Reformed Church and as Newsletter Editor. He also served as President of Schoharie Classis of the Reformed Church of America and on various Classis committees. He served as Republican Committeeman in District #2 in the Town of Glen, past President of the Glen Village Cemetery Association, member of the Fonda-Fultonville Area Volunteer Ambulance Corps. He and his wife operated an antiques business under the name Homestead Antiques and Collectibles. Mr. MacLachlan specialized in antique tools and was a member of Midwest Tool Collectors Association, Early American Industries, and a founding member of the Hudson-Mohawk Antique Tool and Trades Association.

To send flowers to the family or plant a tree in memory of Ralph MacLachlan Jr., please visit Tribute Store

Share Your Memory of
Ralph
Upload Your Memory View All Memories
Be the first to upload a memory!
Share A Memory
Send Flowers